On February 19 I was supposed to have my blood stem cells harvested. This is the step of the treatment that comes after the first round of chemo. However, on the 19th there weren’t enough stem cells ready. It was nothing to worry about – it is just a normal part of the process. In stead I needed another shot of growth hormones. By then I had been taking growth hormones for four days. I had been a bit worried about the growth hormones, because I would have to inject myself, and I didn’t know if I dared to. However, it turned out not to be a problem. It is all about grabbing a good roll of fat. It is not the most pleasant thing in the world – actually it hurts a lot. The lover back and the upper part of the legs becomes super painful. But it is supposedly a good thing because it means the stem cells are getting ready. And mine certainly did!

Due to the pain from the growth hormones I got a lot of morphine. I was actually quite stoned on morphine!

The next day, February 20, my body was filled with blood stem cells. Actually I had 144800, and they can harvest when there are 7000 (I have no idea how they measure this!). I was totally overachieving. But giving the amount of stem cells it actually made sense that I had been in pain – the growth hormone had been super efficient.

It also meant that the harvest of the cells didn’t take long – only three and a half hours. The harvest itself was painless. I didn’t feel a thing. But I did have an awful headache from the growth hormone.

The nurses who took care of the harvest were amazing. They made sure I felt completely safe when attached the SCI-FI looking machine. They also had an amazing sense of humor. For instance they made me aware that the playground outside had two mushroom-buildings that looked very much like penises. And on top of this their professionalism was inspiring.

The machine – don’t get me started on the machine. It almost feels like magic, but it is just top of the art research, science and technology. Somehow the machine manages to filter the stem cells from the blood, as the blood moves out of and in to my body. All my blood was filtered 2,5 times during the 3,5 hours. I was mesmerized by the technology.

After the harvests we had to wait a bit for the results. They were positive. There were more than enough stem cells for two transmissions – and I only need one.

When the nurse knew that the result of the harvest was positive she removed my venous catheter. It was quite interesting. I had to have an operation to insert it, but to remove it I only had to take a deep breath and then she took it out. I almost couldn’t feel it.

Once again the nurse was really attentive. After she removed the venous catheter, Mathias and I wanted to hurry to the bus to Aarhus. She then not only provided me with painkillers for the trip, but also snacks – bananas, water, and some nuts. I know that they are very concerned that we do not lose weight during the treatment, but still, the gesture just confirmed my general experience of the staff at the hospital. They are super busy (due to continuously cut backs in funding), but nevertheless they are very attentive, thorough and friendly.

After the stem cell harvest I have been feeling pretty exhausted, and it has taken quite a few days for the pain from the growth hormones to go away. I am getting better, and yesterday I was working out at the physiotherapist’s, but I am still exhausted and I can feel that I have less strength than I did before the chemo and the harvest of the stem cells. I hope I manage to rebuild my strength before the next round of chemo begins in three weeks. 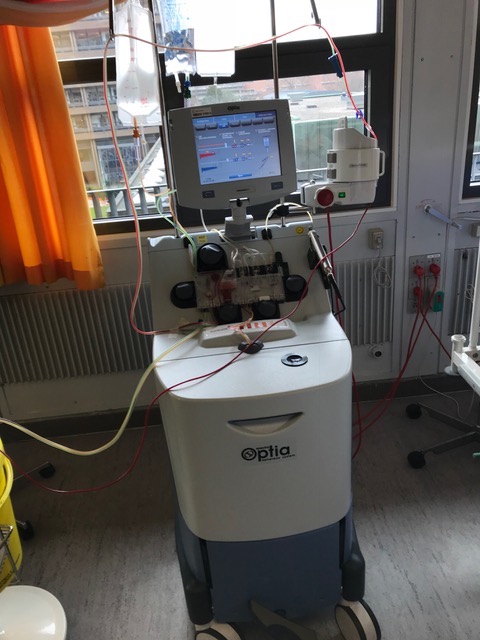 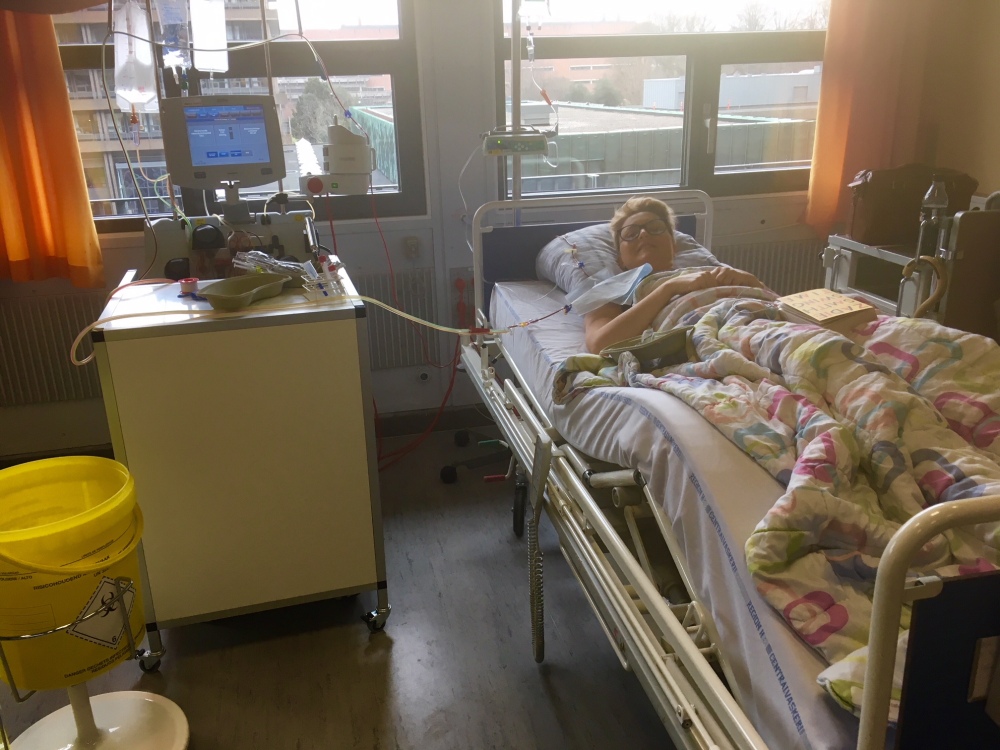